The airfield main gate opposite the Station Headquarters, now known as the Old Rectory. The tree with the ‘Give Jerry Hell’ sign is still there, although trimmed down. 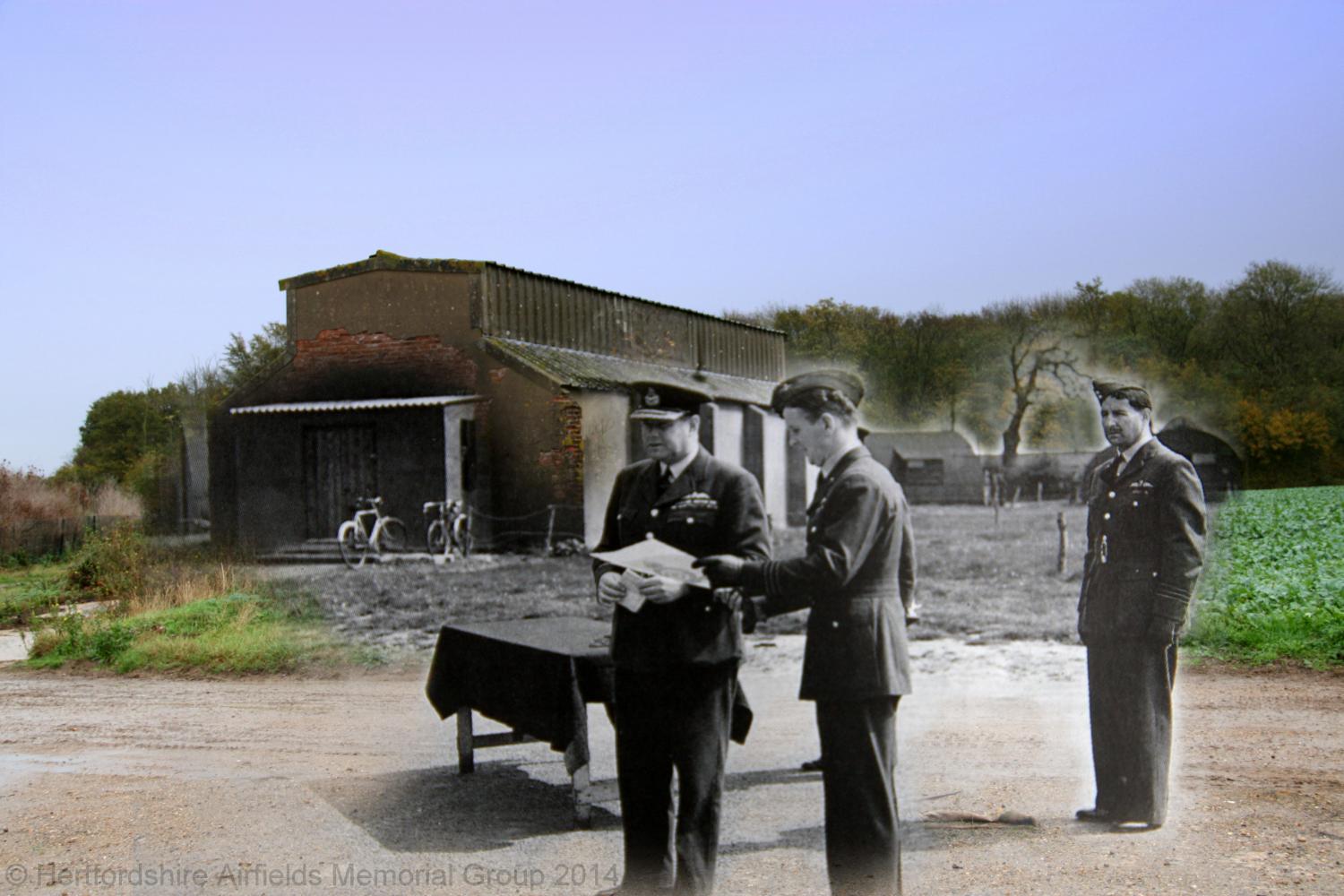 The parachute store, one of the few remaining buildings at Hunsdon. The front porch has now gone, along with the airmens bicycles.

85 Squadron march past 1943. The hangar, trees and airmen are long gone. The parachute store can be seen on the right of the picture. 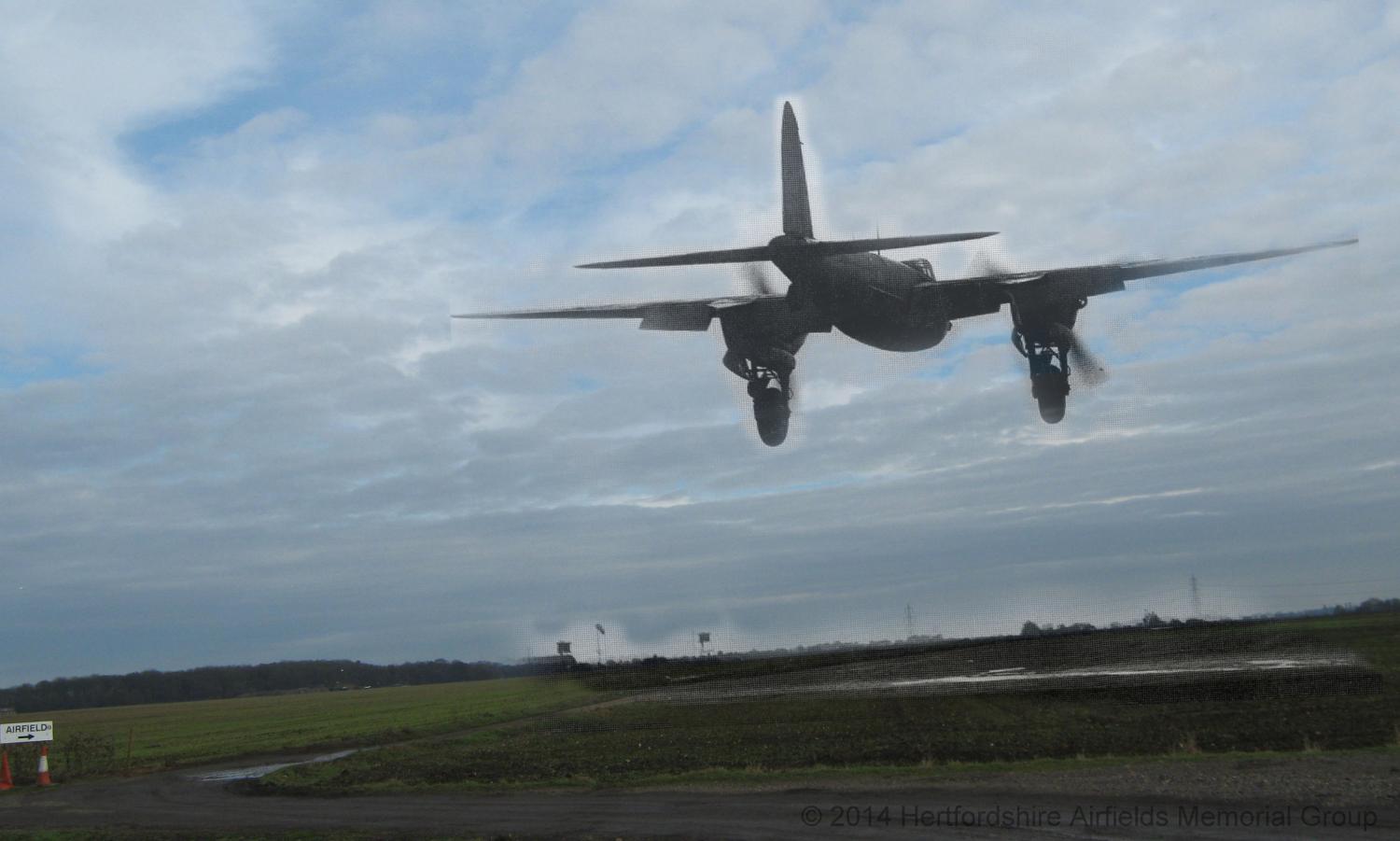