A new memorial to honour the 126 airmen who lost their lives while flying from or serving at RAF Hunsdon during the Second World War was unveiled and dedicated on 23rd June 2012.

About 300 people attended the service, including relatives of some of the 126 airmen commemorated on the memorial.

The service was taken by Reverend Mark Dunstan and Reverend Jim Ledger, a wartime pilot himself. Ware Brass Band played before and during the service.

Sawbridgeworth ATC band headed the march on and the Standards of the RAF, the RAFA and the Royal British Legion took station at the memorial.

They shall grow not old, as we that are left grow old:

Age shall not weary them, nor the years condemn.

At the going down of the sun and in the morning,

We will remember them. 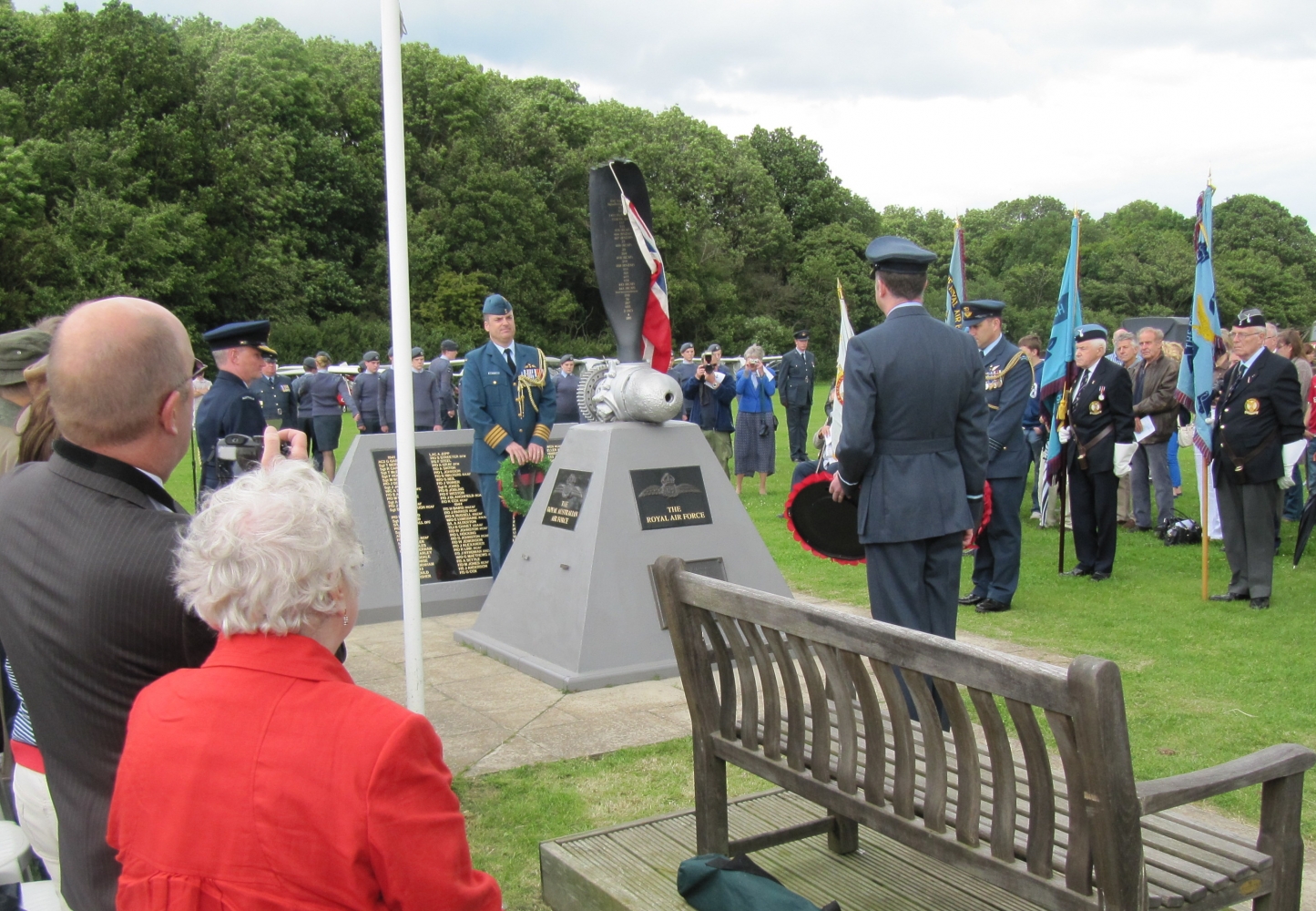 Further wreaths were laid by Fred Sewell for the RAFA and Jim Cosgrove on behalf of the Hertfordshire Airfields Memorial Group. A representative of the Royal British Legion also laid a wreath and flowers were laid by Master Sergeant ‘BJ’ Jobling on behalf of the USAF in remembrance of 1st Lt Bertram Chaiet who died while attached to 21 Sqn RAF in January1944. BJ’s grandfather was P/O Bernard Jobling, who died while serving at RAF Hunsdon in August 1943 with 157 Sqn, 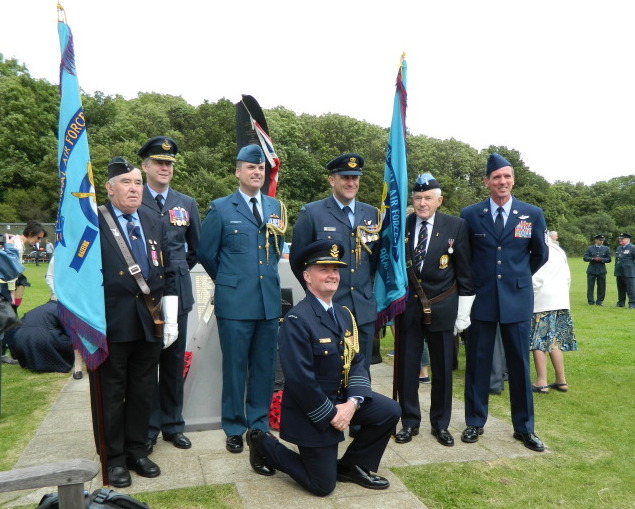 Relatives and local schoolchildren placed 126 wooden crosses at the base of the memorial as The Airman’s Hymn played.

After the National Anthem, Giles Townsend gave a closing address.

Sadly the planned flypast by the BBMF’s C-47 Dakota was cancelled due to high winds at RAF Coningsby. 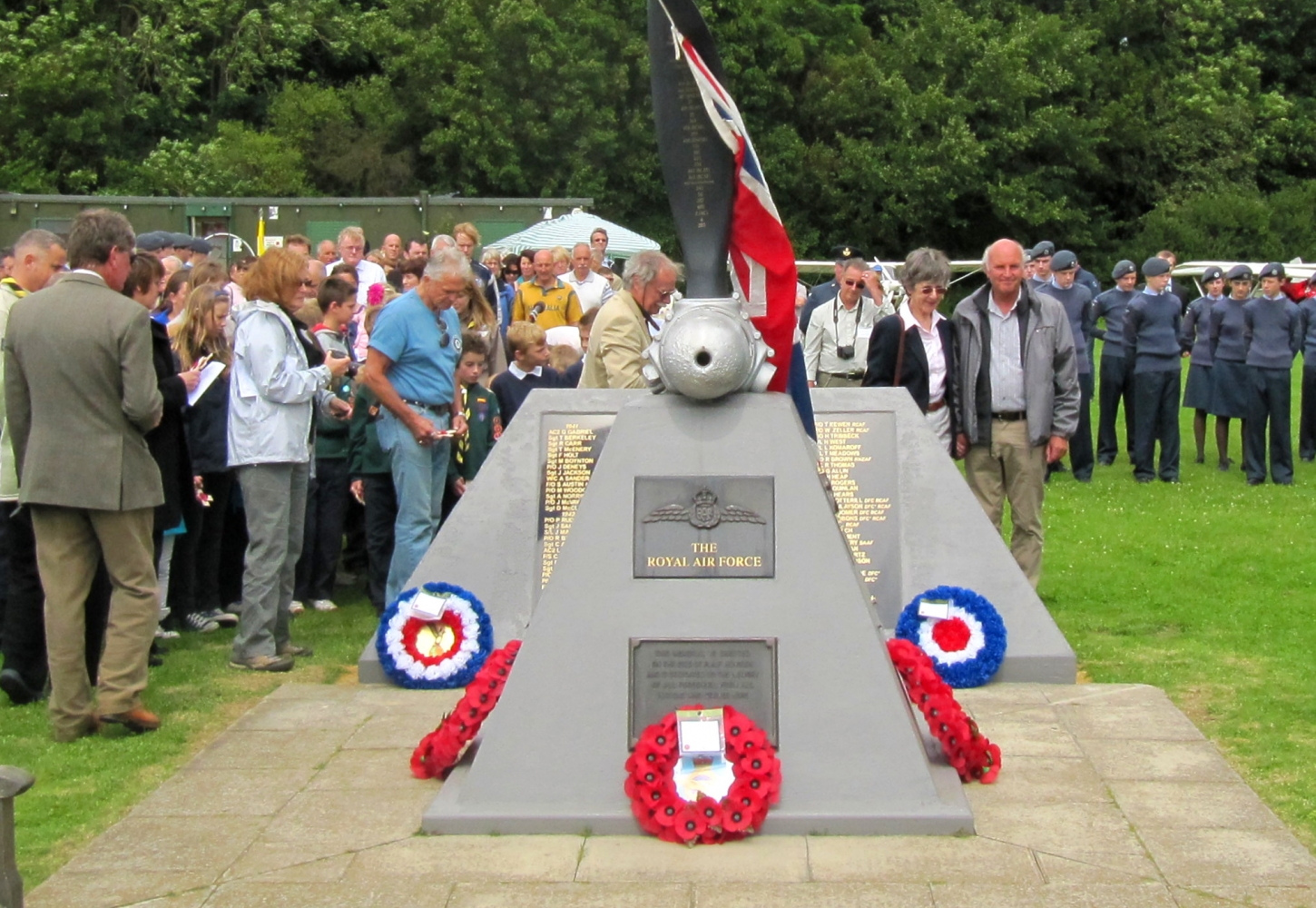 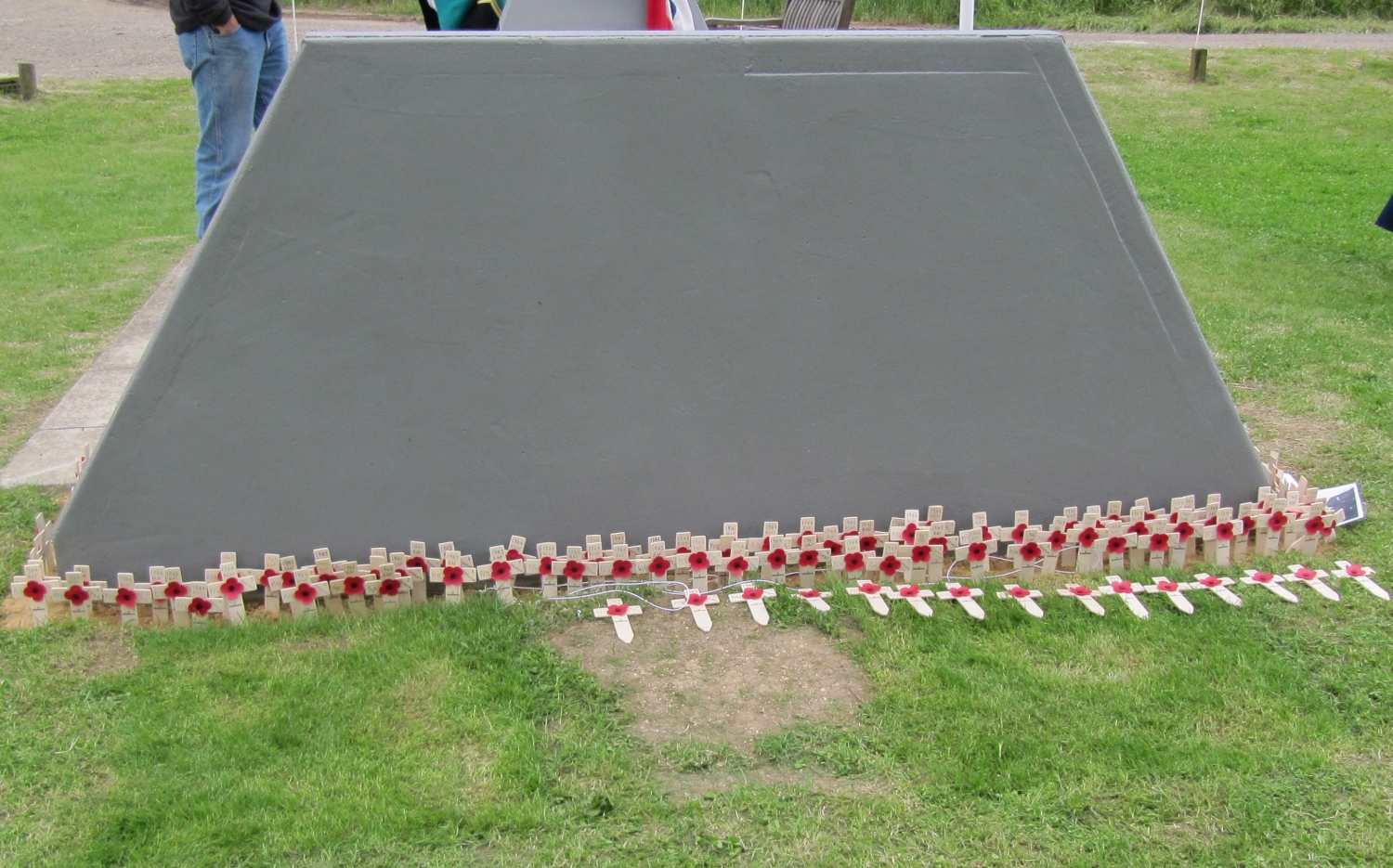